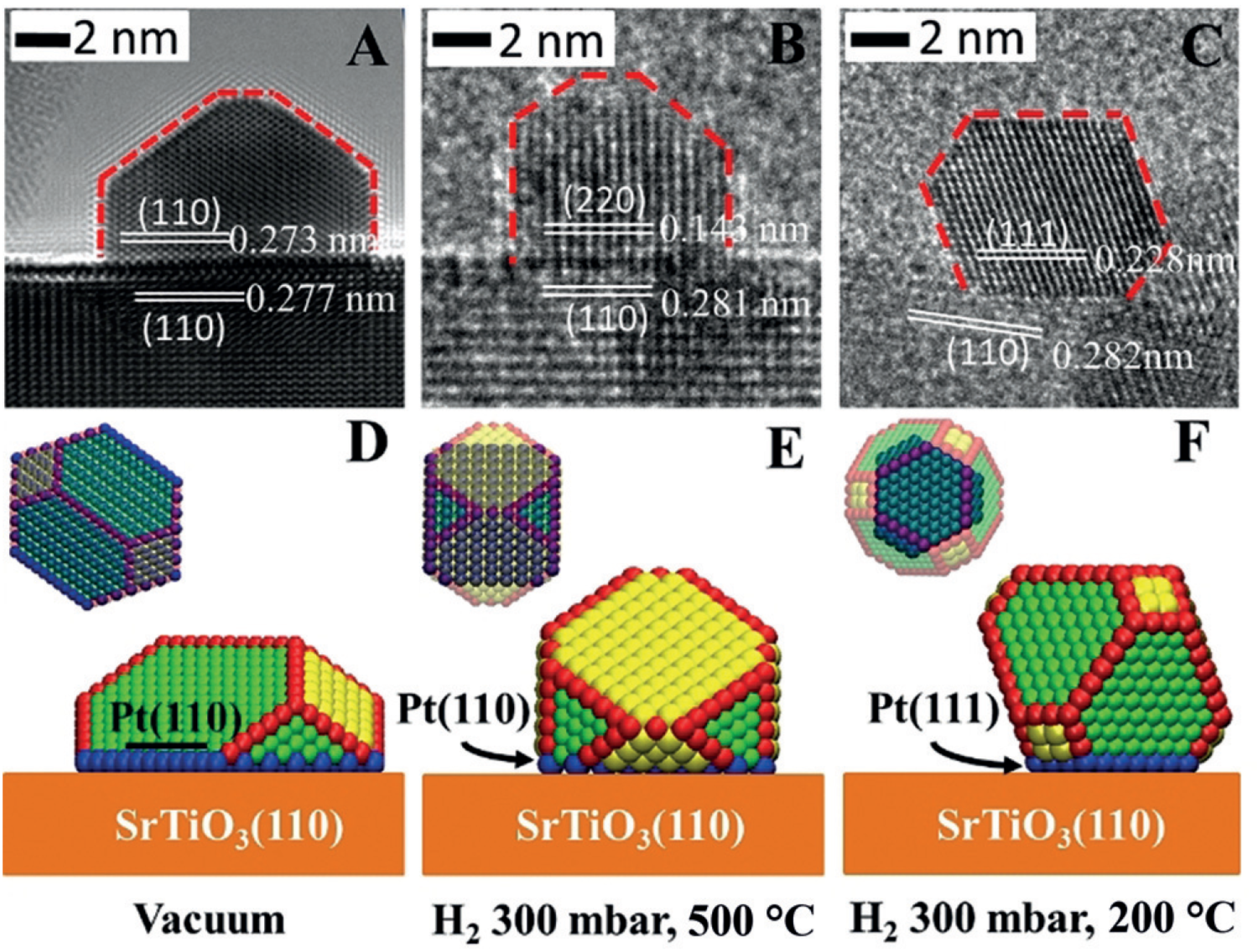 Metal nanoparticles (NPs) dispersed on a high surface-area support are normally used as heterogeneous catalysts. The recent introduction of Gas Cell systems has enabled experimental demonstration of the way structure reconstruction of the NPs occurs in real catalysis. However, the role played by supports in these processes is still unclear. Supports can be very important in real catalysis because of the new active sites at the perimeter interface between nanoparticles and supports.
In this contribution, the DENSsolutions Climate Gas&Heating solution, owing to its unsurpassed experimental flexibility and stability under any condition, has been used to exploit the full power of in situ aberration corrected electron microscopy. Coupled with multiscale model, the experiment clearly shows that the interaction between the support and the gas environment greatly changes the contact surface area between the metal and support, which further leads to the critical change in the perimeter interface.
The dynamic changes of the interface in reactive environments can thus be predicted and be included in the rational design of next-gen supported metal nanocatalysts. In particular, the multiscale model shows quantitative agreement with experimental observations: this enables the understanding of atomic scale structures and, therefore, provides insights beyond the experimental limits.
Go to publication
Go to Climate