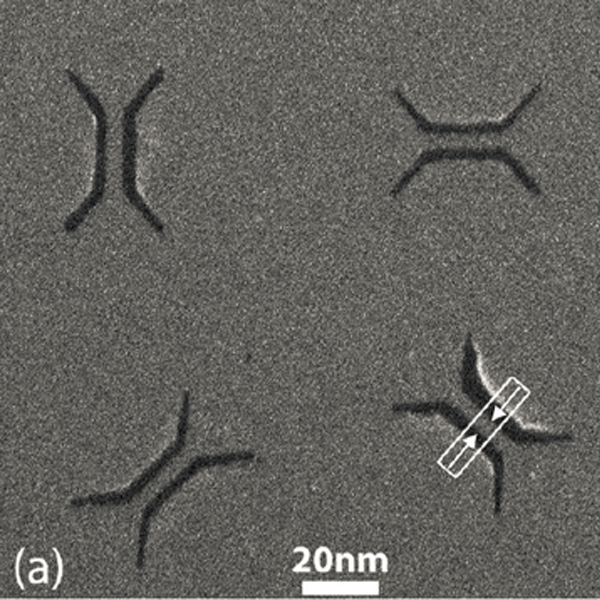 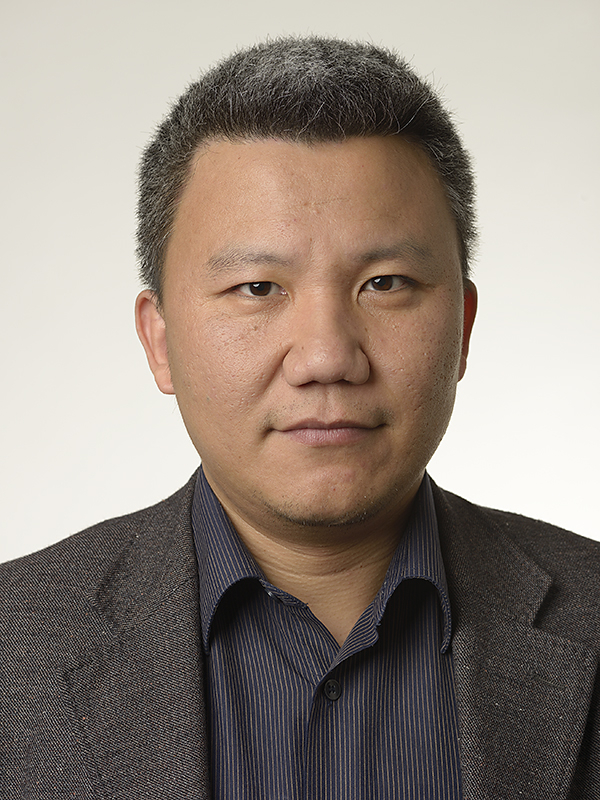 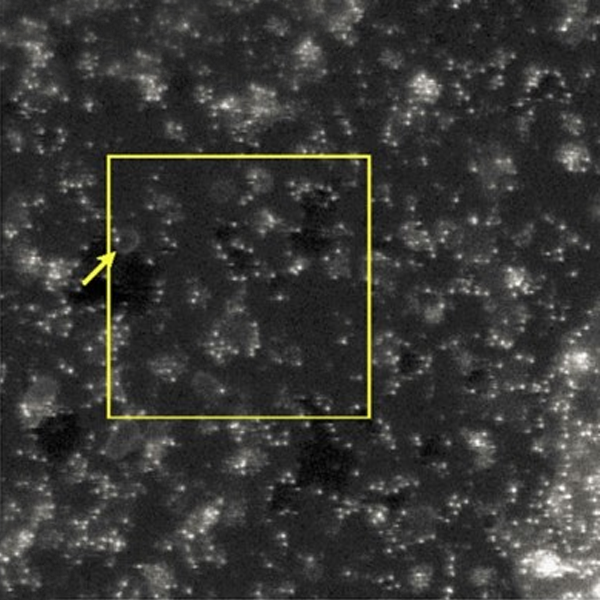 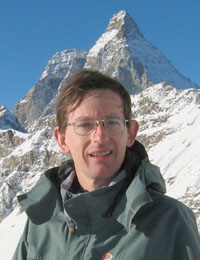 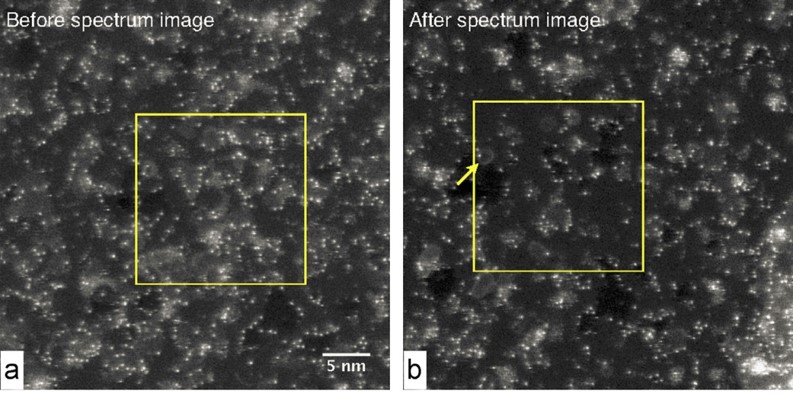 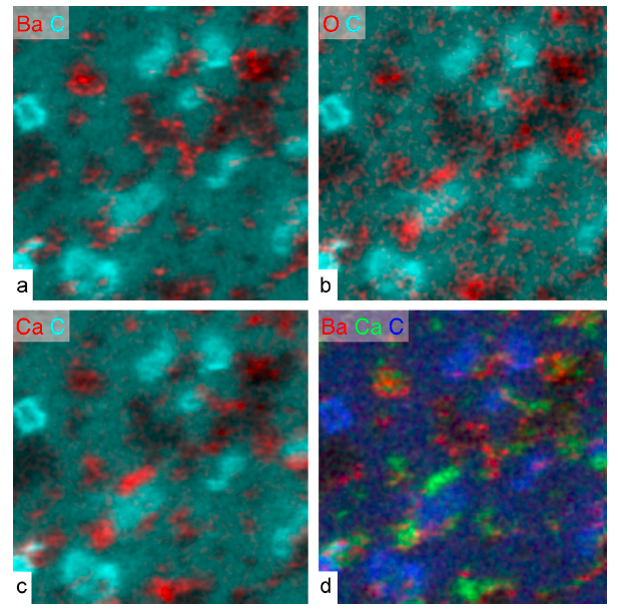 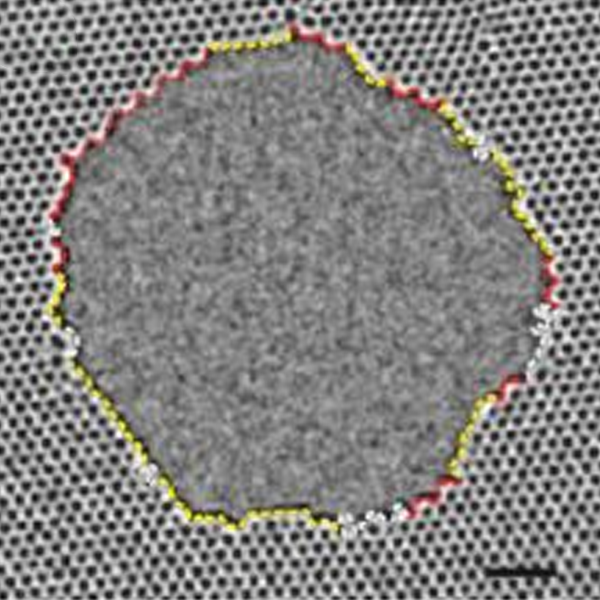 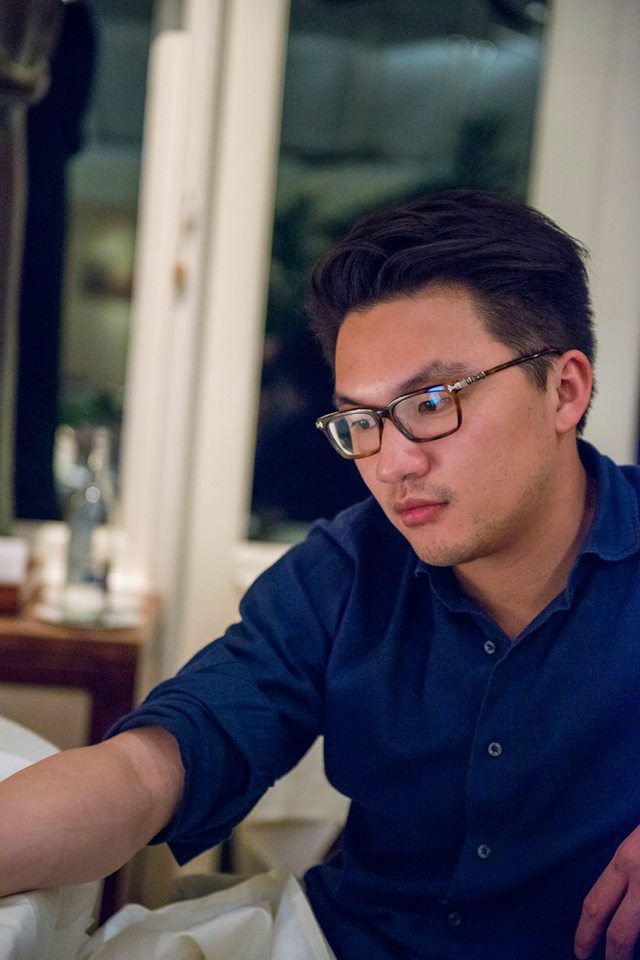 ABSTRACT: We examine the temperature dependence of graphene edge terminations at the atomic scale using an in situ heating holder within an aberration-corrected transmission electron microscope. The relative ratios of armchair, zigzag, and reconstructed zigzag edges from over 350 frames at each temperature are measured. Below 400 C, the edges are dominated by zigzag terminations, but above 600 C, this changes dramatically, with edges dominated by armchair and reconstructed zigzag edges. 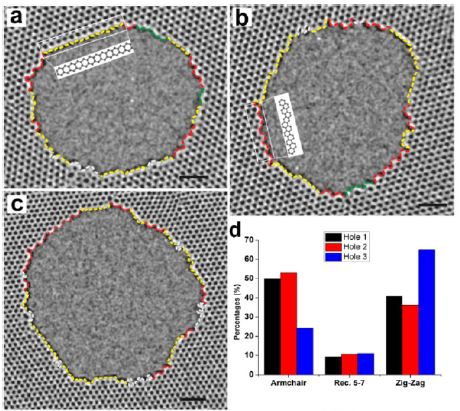 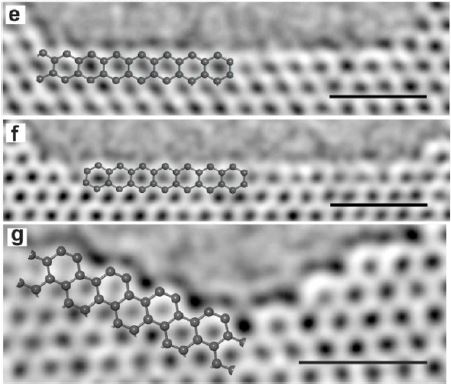 Figure above: Edge behavior at room temperature (∼25 C). (ac) Three typical HRTEM images of graphene holes at that temperature. The edges are color-coded to differentiate the types of edge configurations. Red represents armchair; yellow is zigzag, and green is Rec. 57; white indicatesmixed or unidentified edge types. The inset in (a) and (b) shows typical long-ordered zigzag and armchair configurations at this temperature. The statistics for three examples are shown in (d); the percentages of edges occupied by different types of edges are ranked accordingly: black columns represent panel (a), red columns panel (b), and blue columns panel (c). (e,f) Long-ordered zigzag edge from both bulk of graphene and edge of a nanoribbon, respectively. (g) Representative long-ordered armchair edge found at this temperature. The o iginal image ofwhich (eg) are cropped fromthose shown in Figure S1ac of Supporting Information. All scale bars are 1 nm. 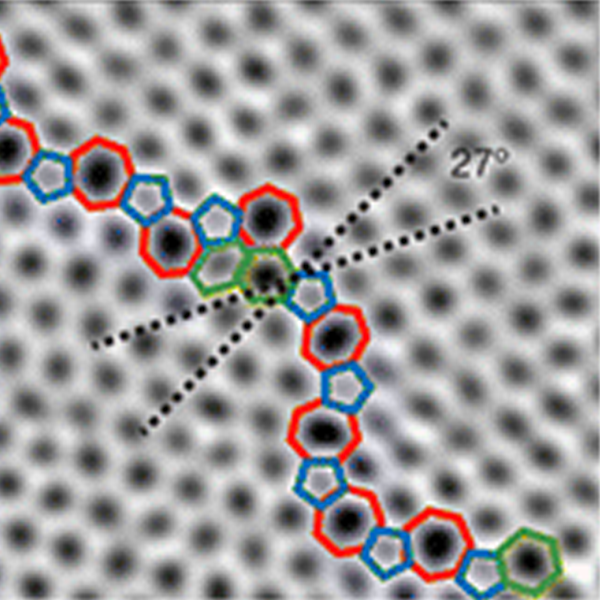 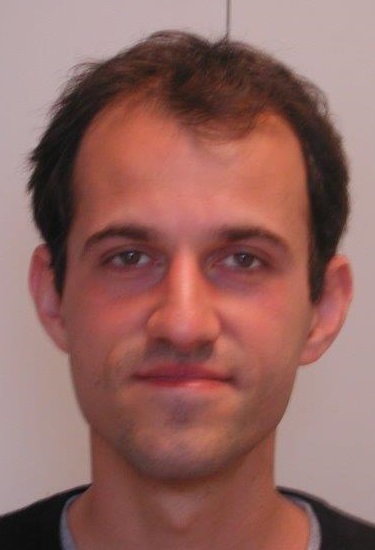 Abstract: Structural defects strongly impact the electrical transport properties of graphene nanostructures. In this Perspective, we give a brief overview of different types of defects in graphene and their effect on transport properties. We discuss recent experimental progress on graphene self-repair of defects, with a focus on in situ transmission electron microscopy studies. Finally, we present the outlook for graphene self-repair and in situ experiments. 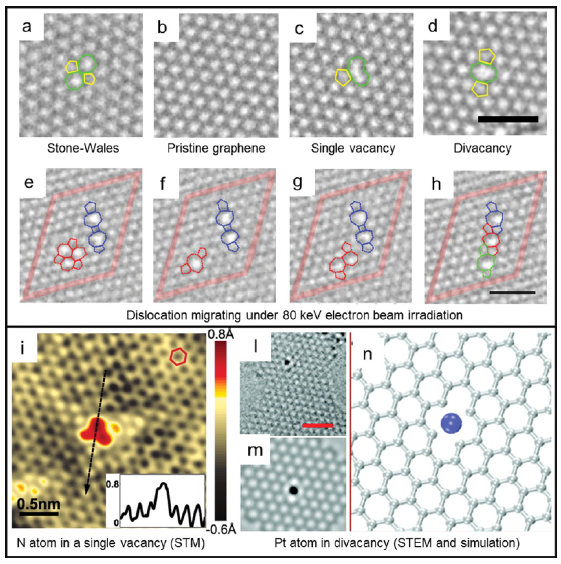 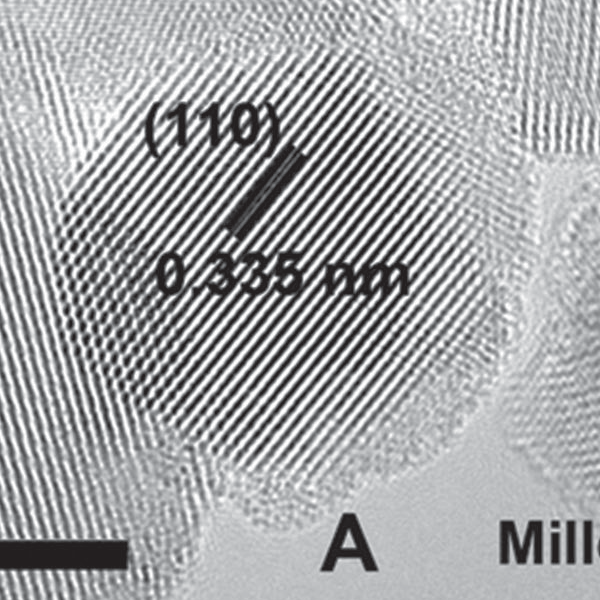 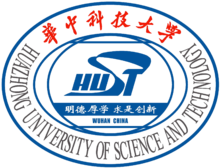 Abstract: SnO2 nanoparticles display a pseudo-negative-photoconductivity (PsdNPC) effect, which shows that their resistance increases under light irradiation via a heating effect. The PsdNPC originates from intensive electron scattering of the nanoamorphous surface state of the SnO2nanoparticles, resulting in a small inner current and a large absorption of moisture, leading to a large surface current. Graphene as the inner skeleton can shorten the response and recovery times.

IMAGE RIGHT: The schematic for working PsdNPC mechanism. a) The schematic for combining PPC effect by exciting electrons and the NPC effect by heating for an optoelectronic device. b) A thermodynamic 1D Fourier model for analyzing the heat transfer of the device under light irradiation heating. c) The schematic of shortening the response time of heating effect by decreasing the sizes of the device and the irradiation beam diameter, and increasing the thermal conductivity k of its substrate. d) Graphene can be used to decrease the response time because of its connected architectures, highest heat conductivity, and thus good heat coordination between different nanoparticles.
The SnO 2 nanoparticle has an amorphous surface shell yellow) and crystallized core (purple). e,f) The moisture molecules are released and absorbed with temperature increase and decrease, and surface conductivity becomes worse and better, respectively. 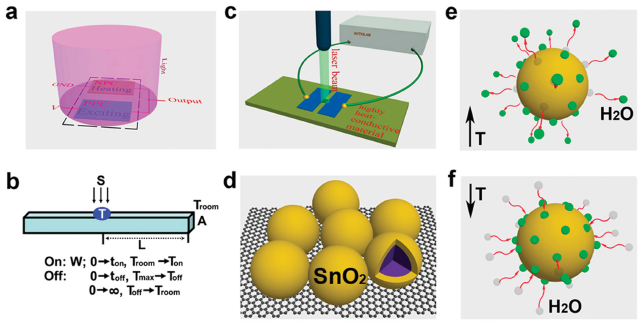 Download the full publication here at the Advanced Materials Journal