Disentangling the correlation between electronic and structural phase transitions in VO2 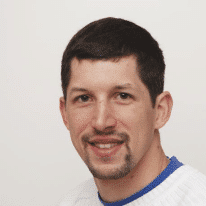 Important: click ‘Show in My Time Zone’ on the registration page for your local time.

Vanadium dioxide (VO2) exhibits an abrupt metal insulator transition (MIT) linked to an ultrafast (typically picosecond or less) and large (∼104) discontinuity in its electrical conductivity at 340 K (bulk VO2). When heating the sample from room temperature above this transition temperature, the structure changes from a monoclinic insulating phase (M1) to a rutile conductive, metallic, phase (R). This phase transition is one of the most studied phenomena in solid state physics.

Whether the structural (monoclinic to tetragonal) or the electronic (insulating to conducting state) transition comes first remains an issue of debate and has been extensively investigated with pump-probe X-ray measurements, infrared and electron microscopy, as summarized in recent reviews1,2.

In this work we use a combination of electron energy loss spectroscopy in the optical low loss regime, sensitive to electronic interband transitions, and electron diffraction using a Medipix hybrid pixel camera (sensitive to the structural transition), in order to disentangle the two contributions to the phase transition using a thin VO2 film epitaxially grown on a MEMS heating chip for direct use in an in situ TEM holder as described elsewhere3.

We collected both EELS spectral images and 4D STEM data at temperature steps of one degree upon both cooling and heating. These experiments, besides having ultra-high spatial resolution (~2nm), are carried out at thermodynamic equilibrium in the same field of view. These large datasets were analyzed to determine both the crystal structure and electronic state. The analysis clearly shows the presence of both a monoclinic metallic phase – as seen in many pump-probe experiments – as well as an insulating rutile phase emerging at the nanoscale . In this presentation, our results will be discussed in depth and compared to theory.