Many thanks to our collaborators on this project.

Topic: Introducing an Easier and Reliable Method to Prepare and Transfer Fibbed Lamellas

One of the most crucial applications of a focused ion beam (FIB) is preparing and transferring lamellae for transmission electron microscopy (TEM) investigations. Typically, thin films below 500nm require an induced platinum deposition step in order to protect the material from getting attacked by the ion beam bombardment. However, such deposition results in further challenges that make the sample preparation a very time-consuming and risky procedure. Lamellae must be uniformly thin (ideally below 50-60nm) to become electron transparent. If the platinum is facing the ion beam during the final thinning, there is a high risk of dispersing it across the region of interest, resulting in unwanted contamination. Additionally, working with such thin samples increases the risk of losing them during intermediate venting steps (i.e. to rotate the sample 90 degrees such that it could be placed on the chip parallel to its surface). Therefore, it would be ideal to have the final thinning done once a pre-thinned lamella has been placed on top of the chip of interest, on a flat and secure surface. This Nanotalk gives a quick introduction to a new method, which aims at decreasing the preparation time, while diminishing the risks involved during thinning and transferring of the lamella. 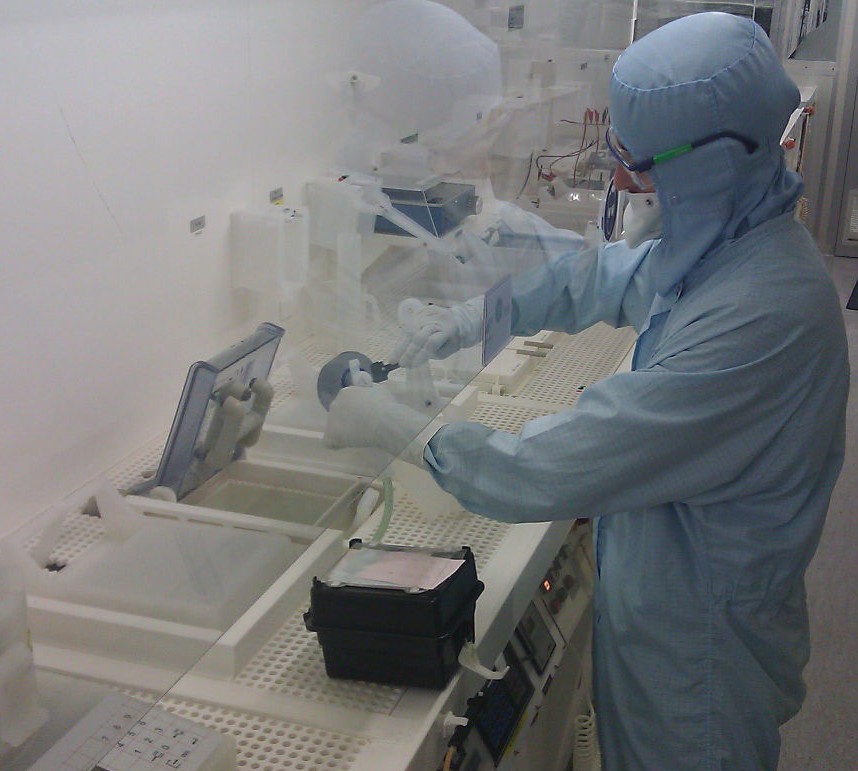